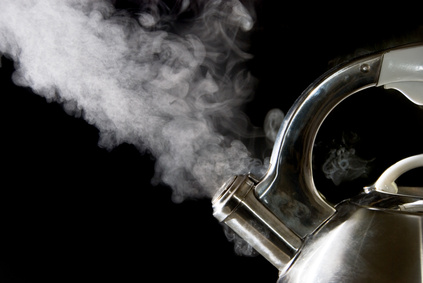 Would You Rather Argue or Have a DIALOGUE?

Think of someone you’ve had disagreements with in the past…or even today. Do those interactions ever escalate into a heated argument, where you both get upset and end the conversation frustrated, angry or hurt?

Whether it’s your boss, business partner, co-worker, family member or friend, these kinds of encounters can leave you mentally and emotionally drained.

That’s because, in many cases, you’re focused on proving that your opinion is the right one. The stronger and more different your positions, the more you dig your heels in, and the greater the resistance you encounter.

Listening to the other person becomes secondary. You’re busy preparing your next point.

What might happen if you took a different approach?

A powerful alternative to arguing

Dialogue is about maintaining a realistic, humble perspective, keeping your mind open to the possibility of learning from another person’s point of view and helping them understand yours. During the process, you encourage the other person to keep an open mind, too, as both of you explore each other’s opinions.

Dialogue’s focus is to discover what people believe and why, and this requires a commitment to concentrated effort and skillful listening.

If the relationship means a lot to you, learning to do this well can prevent your interactions from deteriorating into verbal slug fests.

Before you can engage in dialogue, you must check your attitude. Resolve to keep an open mind so you can really hear what the other person is saying. Acknowledge to yourself that you can learn from hearing his perspective.

It’s hard to do because you’ve drawn conclusions about most topics. Plus, you may genuinely feel your opinion is the right one. You have to get over the discomfort of hearing opinions that don’t match yours or having someone question your position.

With dialogue your goal is not to prove you’re right.

Instead, your goal is to discover what the person thinks and why she thinks that way. You make it safe for her to open up because she’s not afraid you’re going to react negatively or judge her.

Once you have your focus on understanding where the person is coming from, you’re ready to begin the conversation.

Once they’ve stated their opinion, you ask questions in a non-threatening way to learn more about their perspective. Explore the assumptions they have, the facts they’re basing their opinion on, and the reasoning they’ve used to draw the conclusions that they have.

Before you ask questions, be clear in your own mind that you’re not trying to prove that you’re right. And don’t listen just to be polite.

And the way you ask these questions is very important. You could put them on the defensive with a condescending tone combined with a question like: “Why do you think that?”

A better approach: “That’s really interesting. I’d like to know more about what caused you to draw that conclusion.”

What you’re trying to do here is LEARN. Find out what’s going on in the other person’s brain.

Listen without interrupting or debating. When you sense the logic behind the person’s thinking, check to make sure you understand it correctly. “It sounds like you see it this way because…”

And when you hear something that sounds like a fact, check it out. “That’s interesting. Where did you learn that?”

This is not the same as pushing for your perspective.

You simply talk about what’s behind YOUR thoughts, beliefs and opinions. When you can articulate the facts, assumptions and reasoning to someone else, it helps them understand where you’re coming from.

Invite the other person to question your reasoning. Say something like, “So that’s where I’m coming from. Feel free to ask me about any of it, if you’d like.”

If you sense that the other person wants to debate or argue with you, try to defuse it. You might respond with, “We could debate this, but I don’t think we really need to right now. I just want to hear your opinions and understand where you’re coming from.”

The goal of dialogue is not to try to convince another person or even to be convinced by them. That could be a by-product of the process.

“It is understanding that gives us the ability to have peace. When we understand the other fellow’s viewpoint, and he understands ours, then we can sit down and work out our differences.” – Harry Truman

What you’re really trying to do is understand them and have them understand you. After all, that is one of the deepest core needs that every one of us has as a human being…to be understood by someone else.

The dialogue process makes them feel valued, and it causes them to really try to think about the reason behind their opinion or belief without feeling threatened or challenged.

It’s possible to elevate every relationship you have if you’re willing to keep an open mind and respond with genuine respect and interest to what they have to say.

Are you regularly using dialogue in potentially volatile conversations? When you don’t, what gets in the way?

At work, you can use Dialogue whether you have the title of “leader” or not.

Find out how you can serve as a strong Support Coach for others in this free series of 9 videos and an ebook.

Meredith Bell is co-founder and President of Performance Support Systems (PSS), a global software company that publishes 20/20 Insight GOLD, an award-winning 360 feedback and survey system, and Strong for Performance, an online coaching system for personal and professional development. Learn more about how you can use these tools to help the leaders you work with and get the free guide, “The 5 Secrets to Getting Better at Anything.” Connect with Meredith on LinkedIn.